CEO Darren Croker puts the company’s success down to the ergonomic design and quality of their oars and the company’s presence at every major rowing regatta in Australia, Europe, the USA and Asia.

Croker Oars, a family business based on the mid-NSW coast, has made its presence felt at every Olympic Games since 1964, just two years after the company started.

Today the distinctive pink-sleeved carbon fibre oars are the preferred equipment for not only the Australian Olympic and Paralympic teams but also for rowers competing for New Zealand, the USA, China, Hong Kong, Singapore, Thailand, Germany, Lithuania, Italy and Ireland.

CEO Darren Croker puts the company’s success down to the ergonomic design and quality of their oars and the company’s presence at every major rowing regatta in Australia, Europe, the USA and Asia.

“We cannot compete on price but no-one else can match us for the durability and quality of our gear and the comfort they give the rowers,” says Mr Croker, son of the company’s founder Howard Croker.

“We give the rower maximum comfort and feel at the three points where they are in contact with the boat – the oars, the seat and with our foot stretchers. The more comfortable they are and the better their feel of the boat moving through the water, the harder and longer they can train, the faster and stronger they become.”

Today Croker Oars make over 10,000 oars a year with a workforce of 17.  It’s a far cry from the early 1980’s when the company’s two oarmakers each took one day to craft a perfectly weighted wooden oar.

Carbon fibre was the game-changer. Investing long hours in research and development into materials, tools, design and technology, the company transitioned into carbon fibre, launching their first carbon fibre oar in September 1990.

But the same exacting standards of the craftsman approach to the precision and quality of every oar produced continues to prevail.  “We spend a lot of time on R&D, testing materials and processes, problem solving to get the best result for the rowers, breaking new ground,” says Mr Croker.

“The weight in the hand and the deflection of every oar that leaves us is the same, there is not more than one gram difference,” says Mr Croker.

Each pair of high modulus carbon fibre oars is produced to the requirements of the individual rowers with options provided for different sleeves, handle and grip sizes and styles to maximize comfort and performance.

“When the US women’s eights orders a new set, their set of oars is exactly what they wanted.”

Mr Croker builds that close relationship with the athletes by personally attending a busy schedule of major regattas, getting the athletes to test and provide feedback on the latest refinements to the Croker gear. While the Olympics are prestigious, it’s a small rowing regatta when compared with the thousands that will be competing  in other events in his diary for the second half of 2016 – Dad Vail Regatta, the largest inter-college rowing event in the USA; Stotesbury Cup in Philadelphiathe, the world’s largest schools regatta; and the Henley Royal Regatta in London.

“I’ll spend about three months in Europe and two to three in the US as well as the major regattas in Australia. It’s every weekend, a way of life.”

It’s a passion for the sport that runs through every member of the family from founder Howard Croker who continues to maintain an active involvement in the company through to his three sons, Darren; Craig and Troy who is production manager, and daughter Joanne.

All are familiar faces at rowing and surf lifesaving events across Australia where they connect with their customers on their shared mission to remain the best in the market. 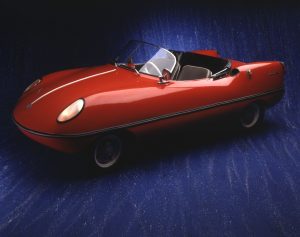